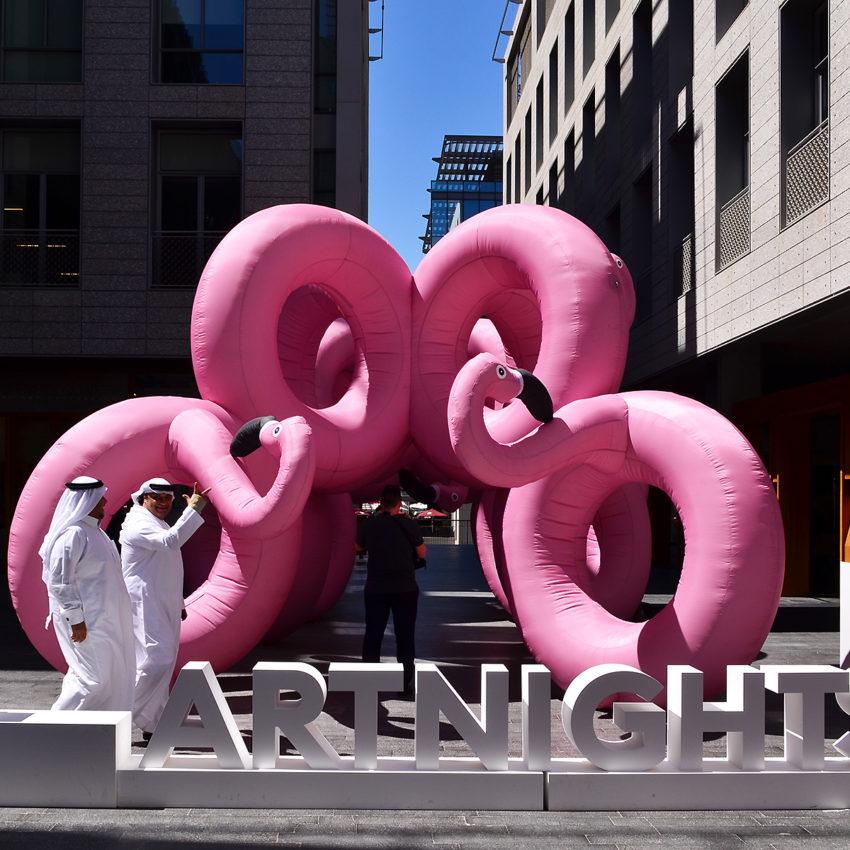 DIFC Art Nights is a twice-yearly event offering a unique fusion of art, culture and entertainment. It showcases the work of artists from around the world, attracting nearly 4,000 people each season.

Legacy Landmarks was invited to lead the 2019 March edition.

Willing to slightly revive the Gate Village, which on daily basis is rather an elegant and raw space, we decided to break the landscape made of glass and concrete with giant pink flamingos, extremely unexpected in this setting.

Three large-scale, inflatable artworks – Flamingo Ring, Flamingo One Arch and Flamingo Torus were installed under the cover of night and took by surprise those, who work in Dubai International Financial District. Pink flamingos, known mainly from pool parties, were supposed to evoke pleasant feelings coming from leisure times and joys of a balanced life. At the same time, installations designed by the world-renown French artist, Cyril Lancelin, spoke to the overarching theme of knowing but not seeing. In this case, flamingos – known by many, but really seen by a few, were presented as a metaphor for having heard of some artists without seeing their work.

The plethora of local artists participating in DIFC Art Nights is a testament to the established and burgeoning talent the region has cultivated, yet their work is rarely seen by the general public. 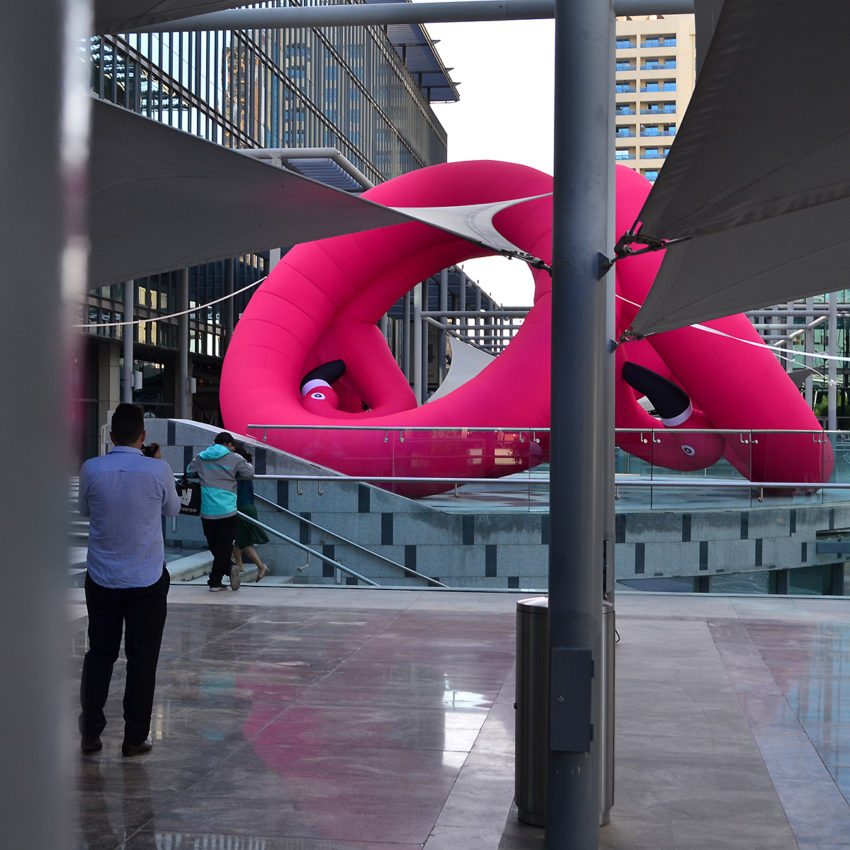 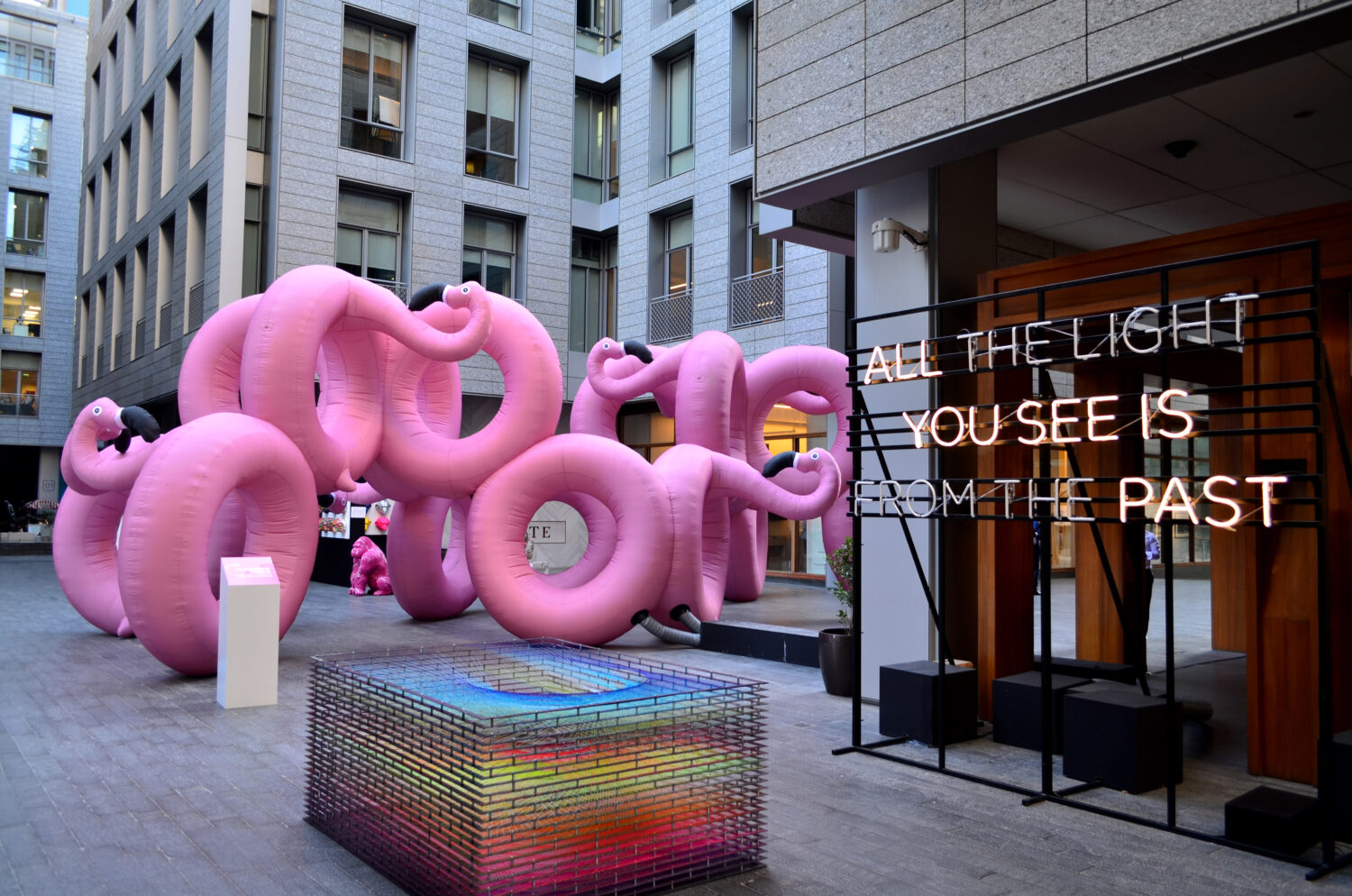 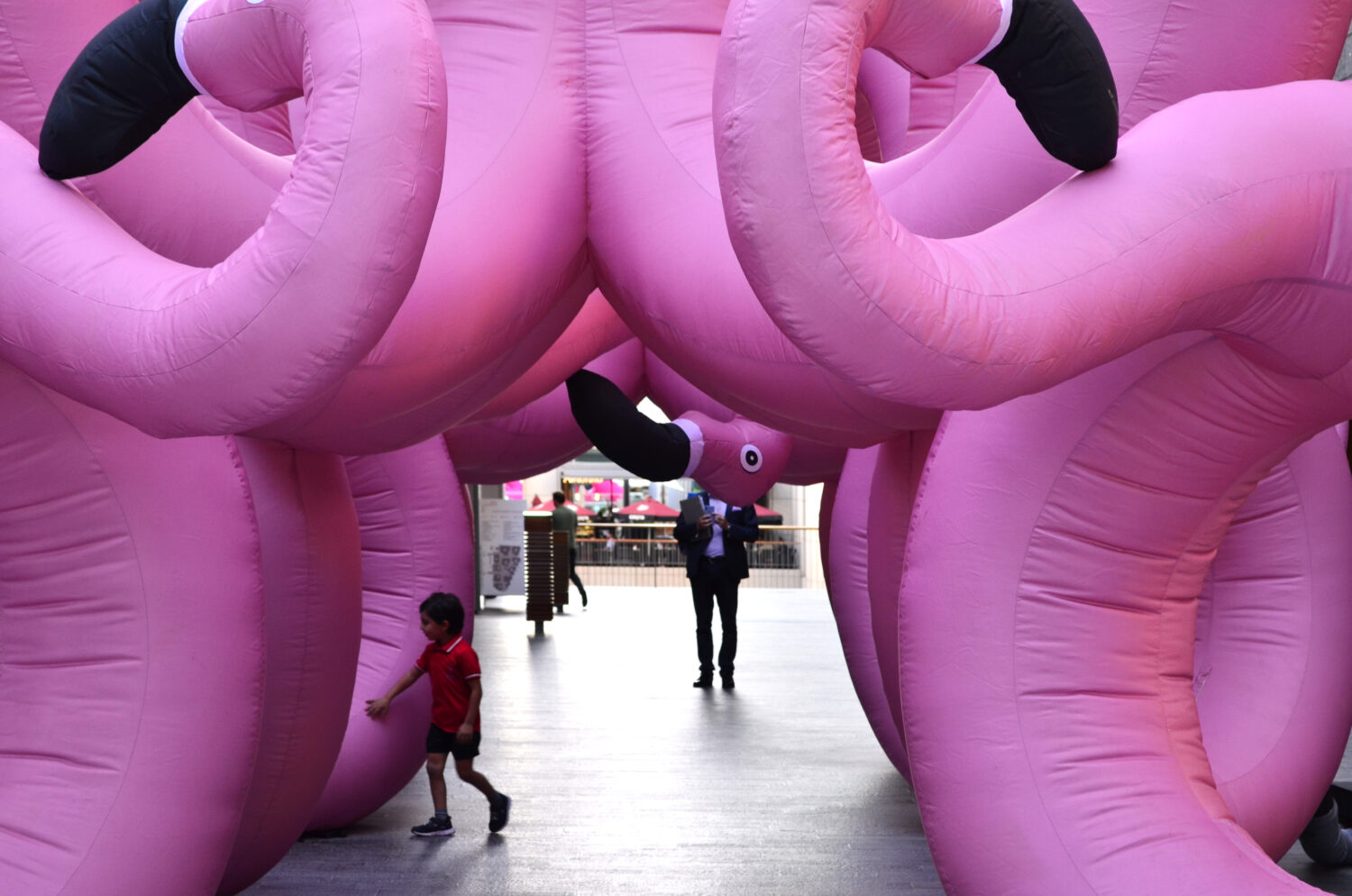 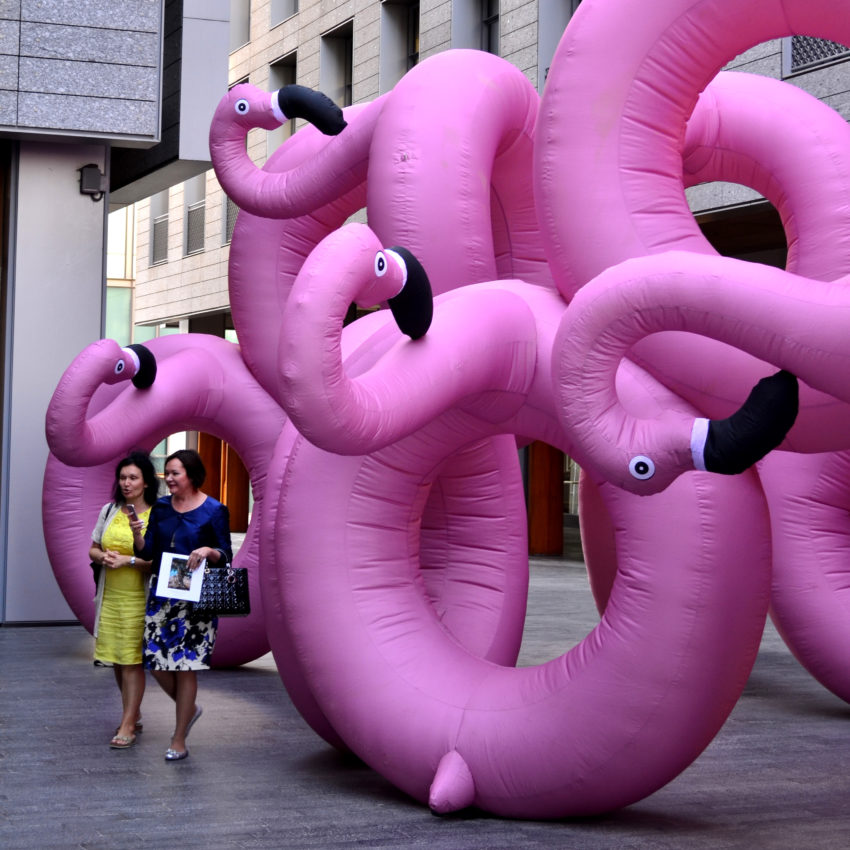 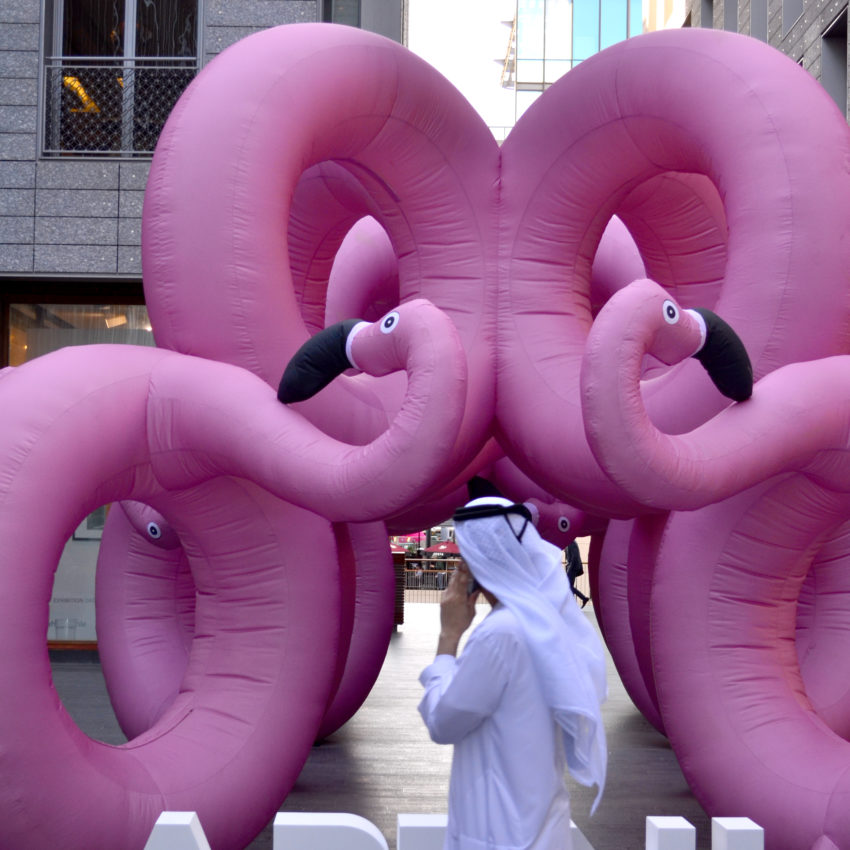 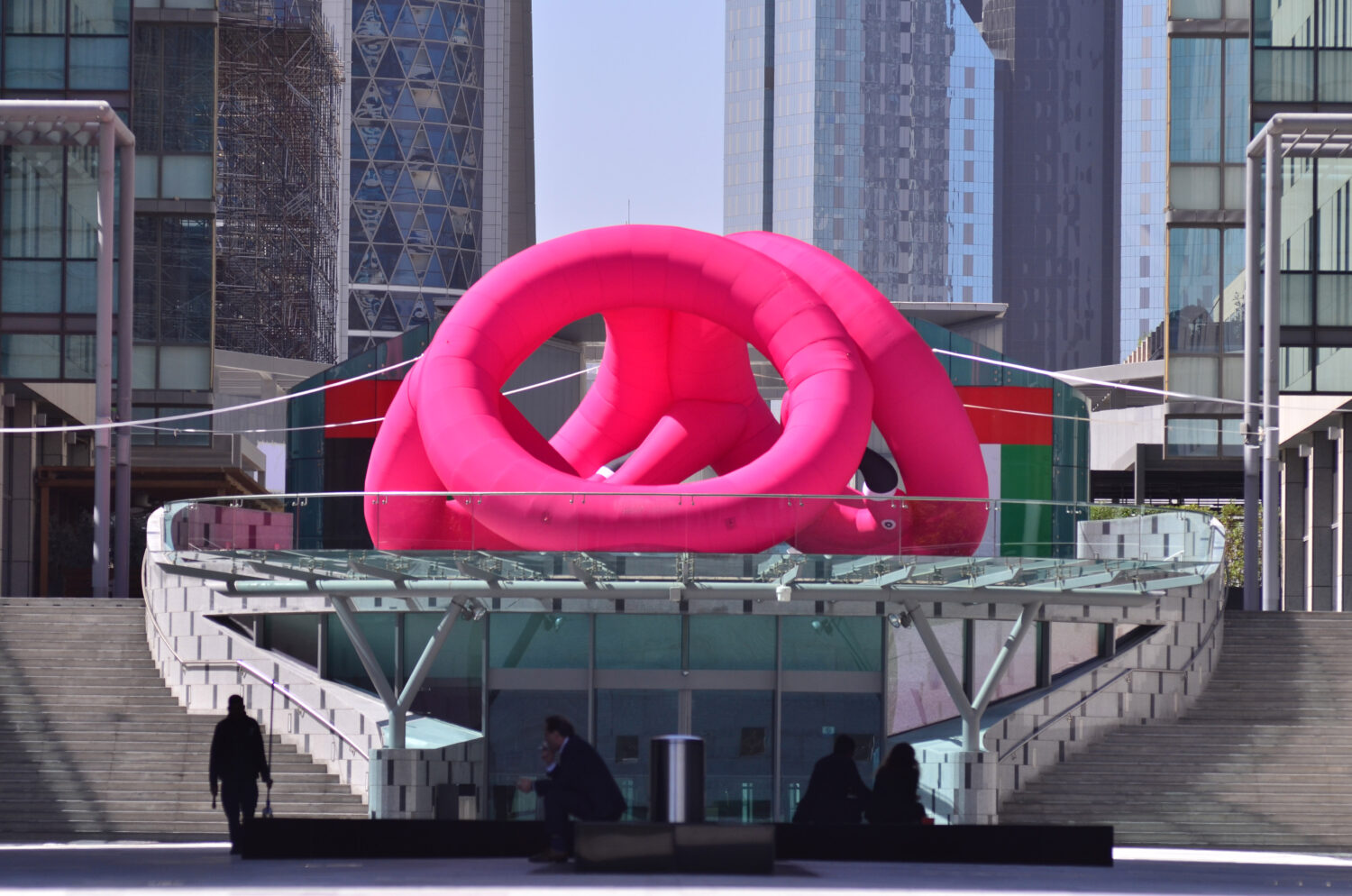 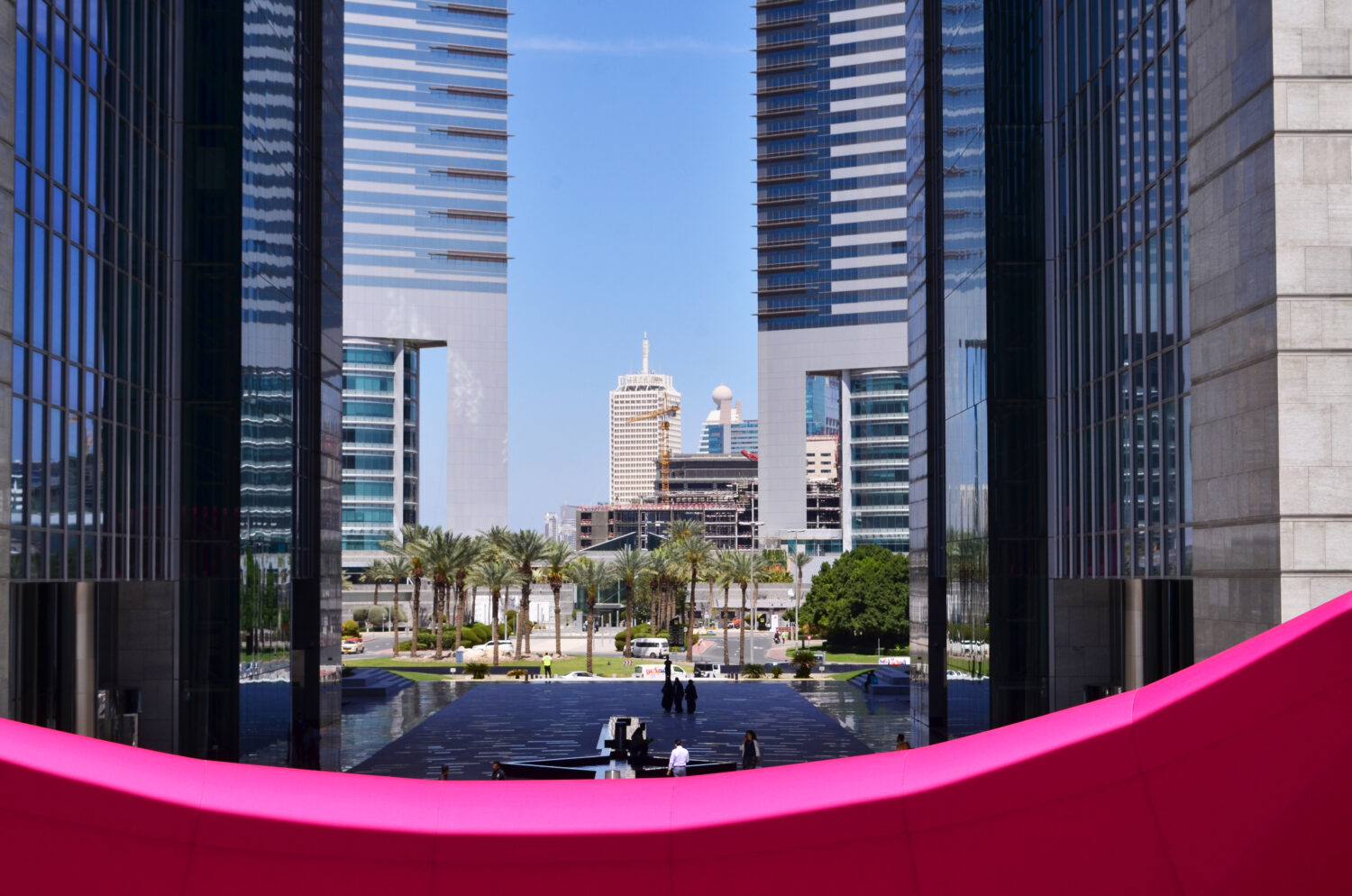 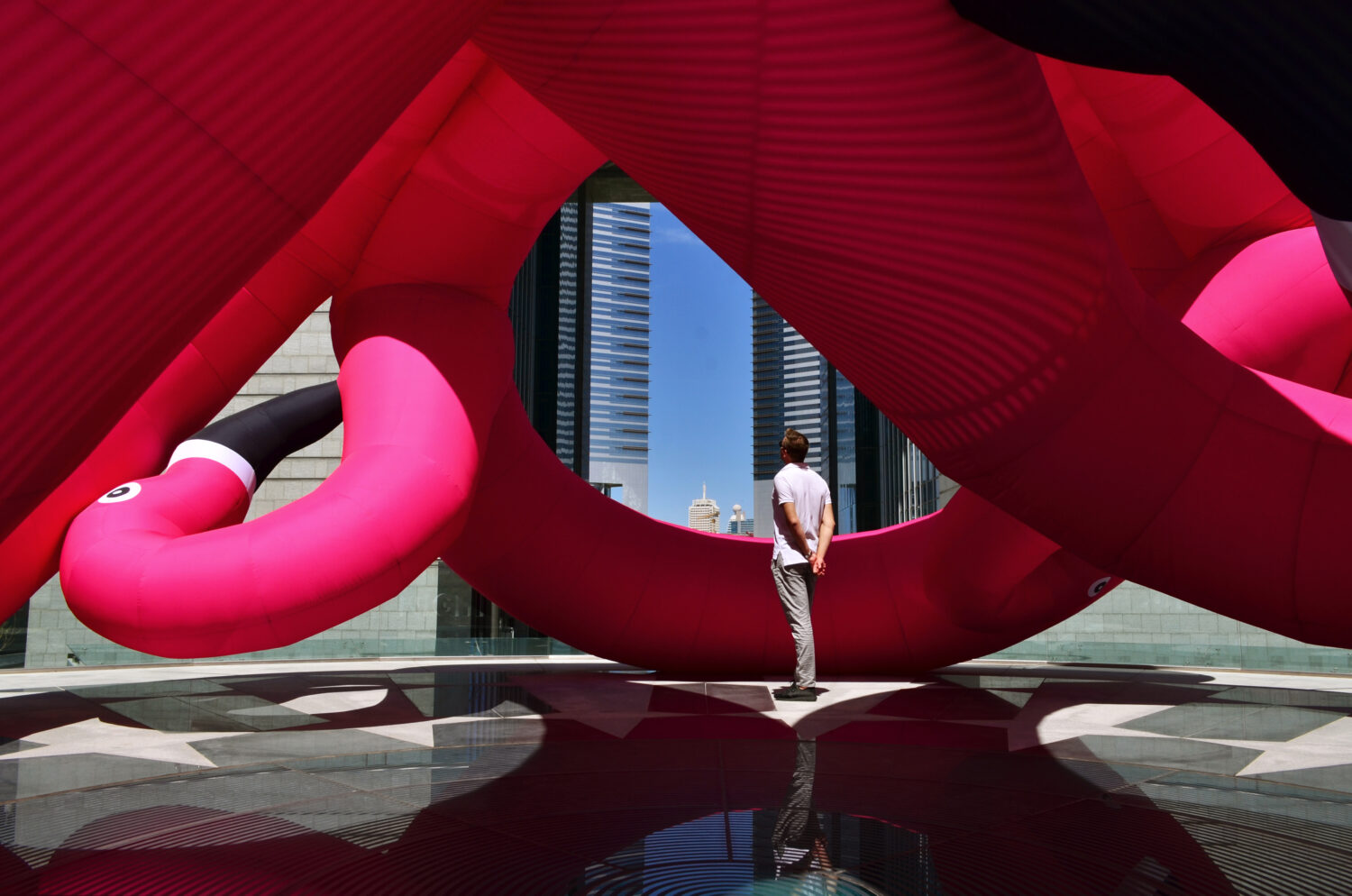 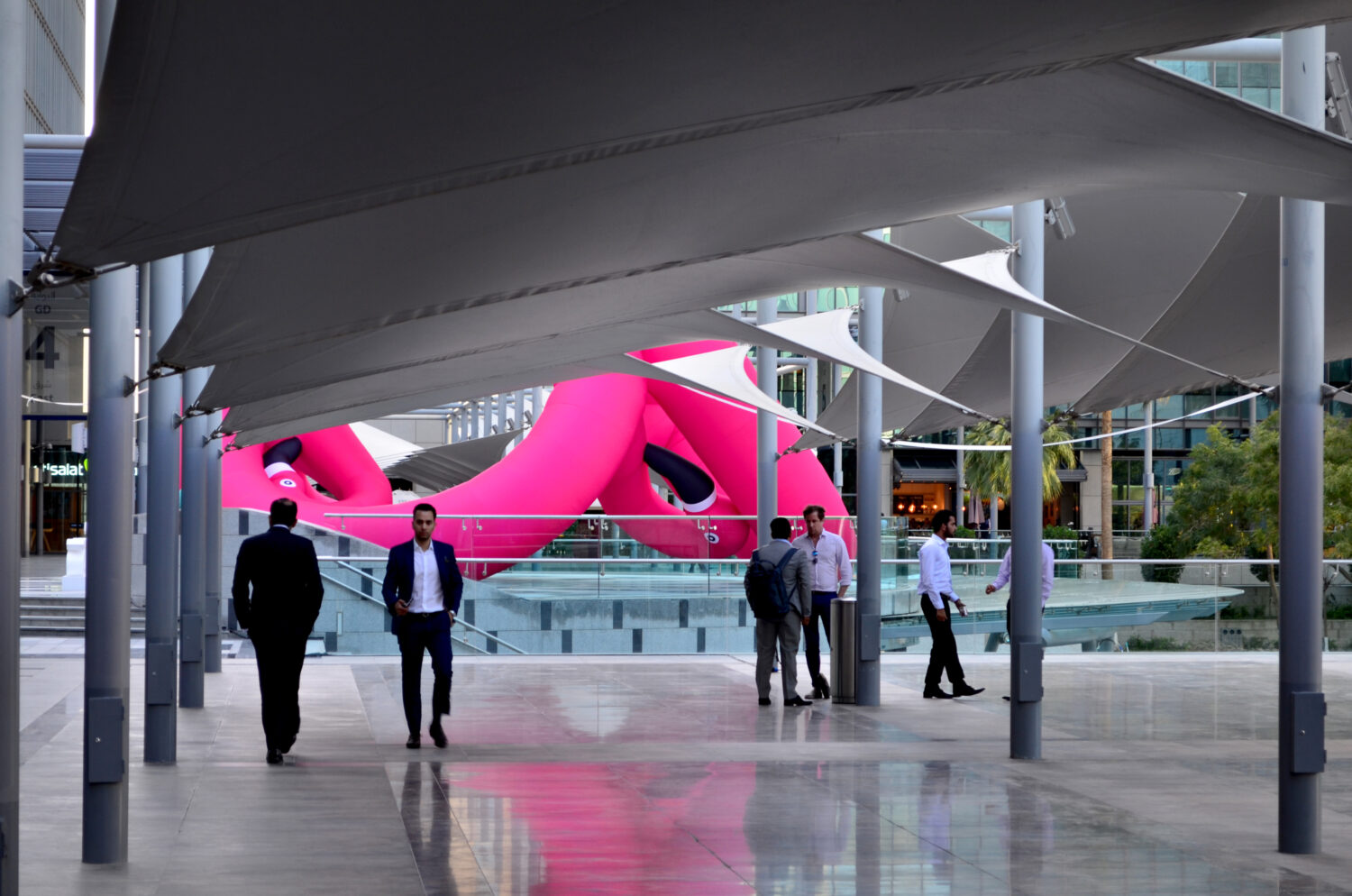 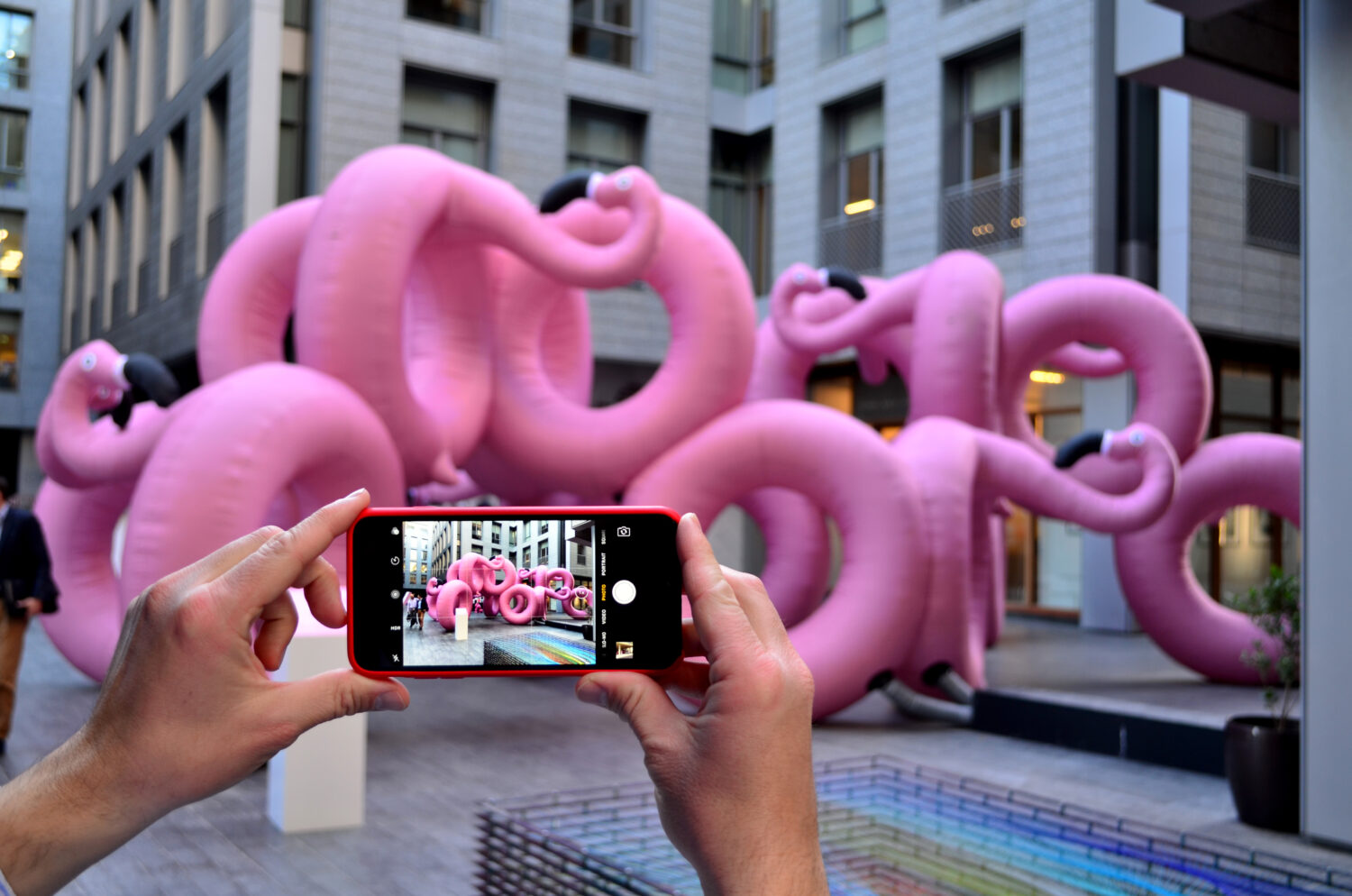