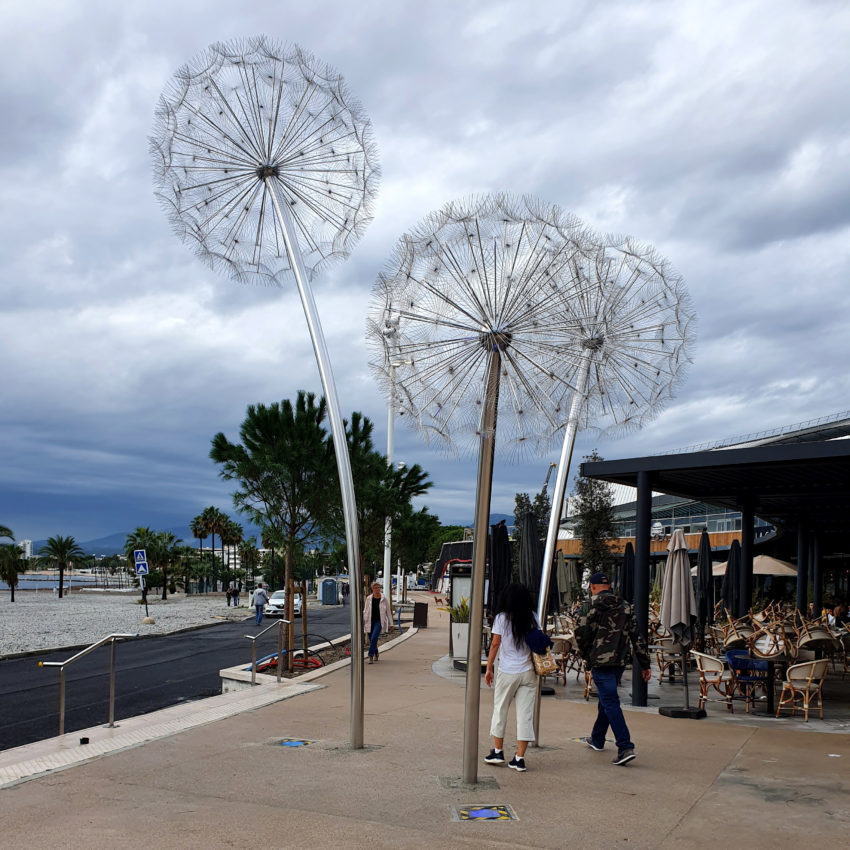 The architectural project of the renovation of the Cap3000 center was entrusted to the architectural firm Groupe-6 and the interior design agency Jouin Manku, their work is inspired by the meandering lagoons that draw the Var. The selected artists – Miroslaw Struzik and Martin Kot –  have relied on the desire of the center to be closer to nature, because, it must be remembered, Cap3000 is the first center labeled “BiodiversitCity” in France and in the world. The works of art: “Bubbles Forest” and “Dandelions” designed for Cap3000, were created from natural and delicate plant forms.

The installation “Bubble Forest” was created as a free reflection on the ability of plants to produce oxygen. The so-called forest consists of 18 branches/steel trunks ending in inflorescences/crowns in the form of spherical structures representing a single air bubble. The installation “Bubble Forest” does not refer less to terrestrial flora than to that known at the bottom of lakes, seas, and oceans. The “Dandelions” is an installation directly inspired by the sophisticated construction of dandelions found in nature (Taraxacum officinale). The concept of this work was preceded by a meticulous analysis of the construction of dandelions, which were then transposed to the macro scale. As a result, the delicate plant motif has taken on a whole new dimension – half futuristic, half fairy tale. 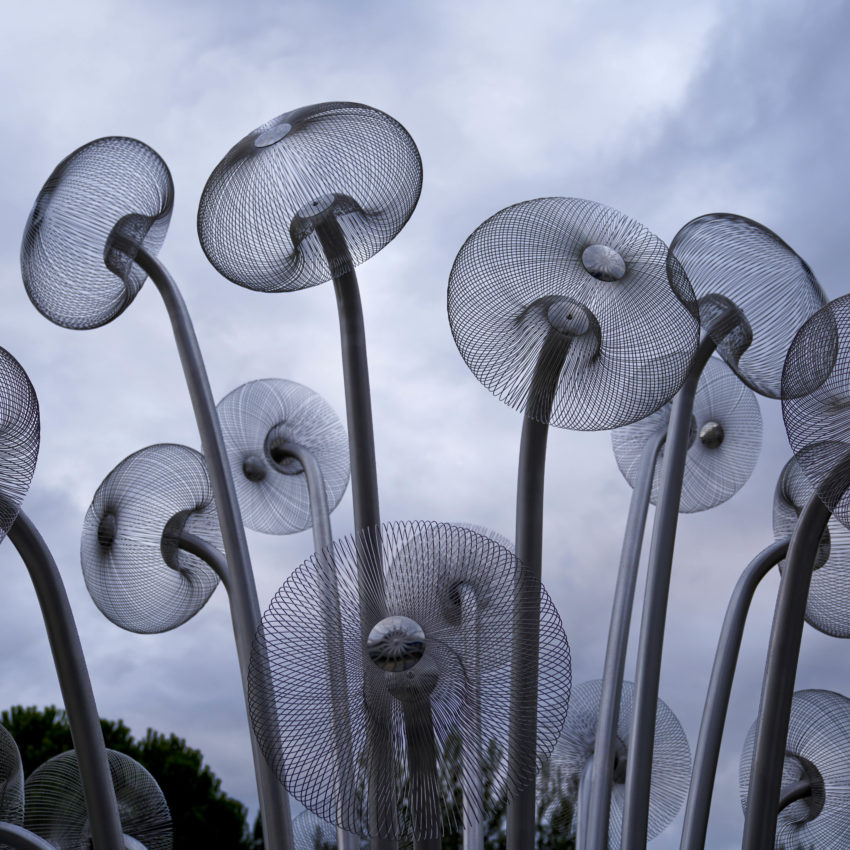 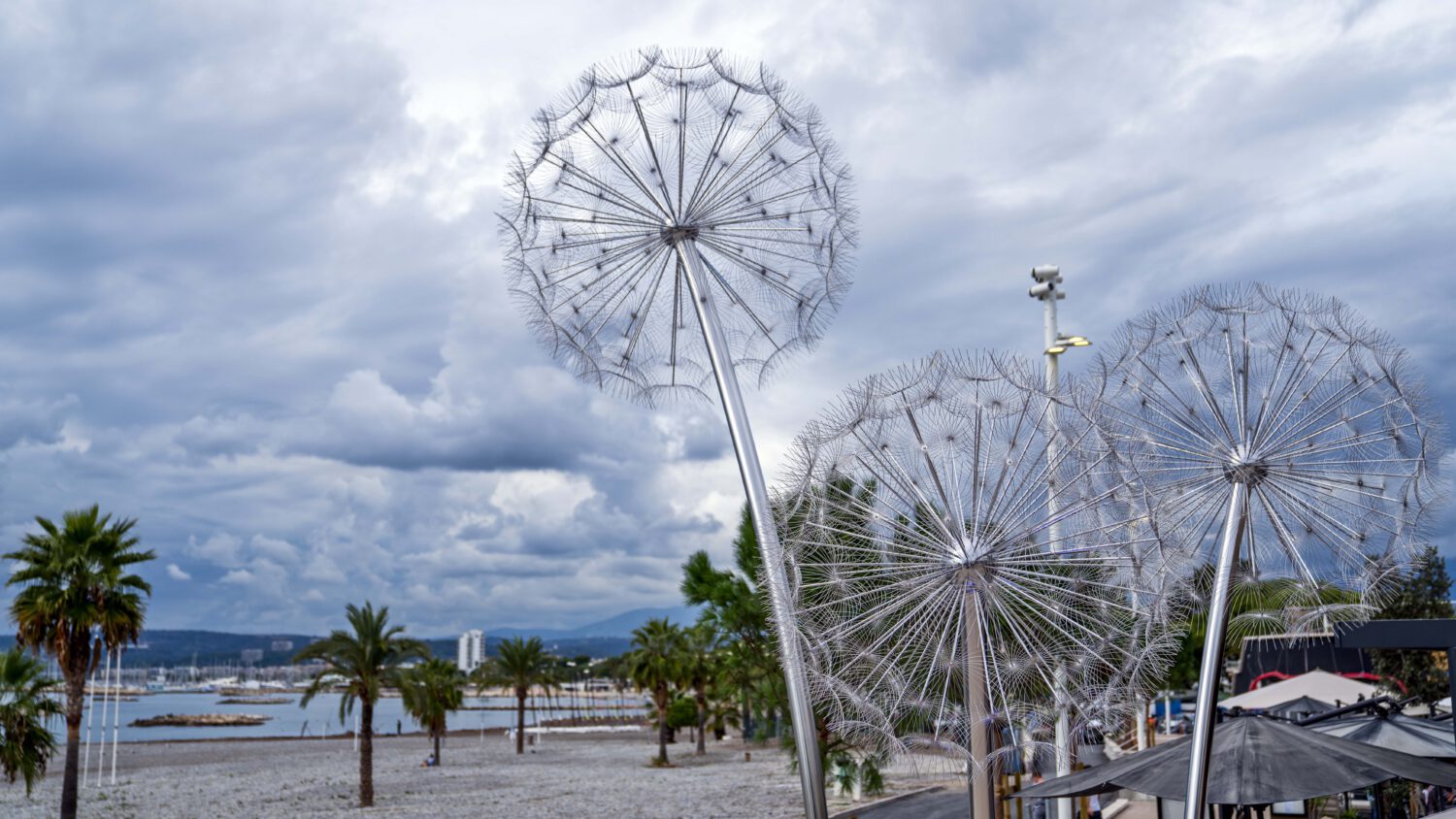 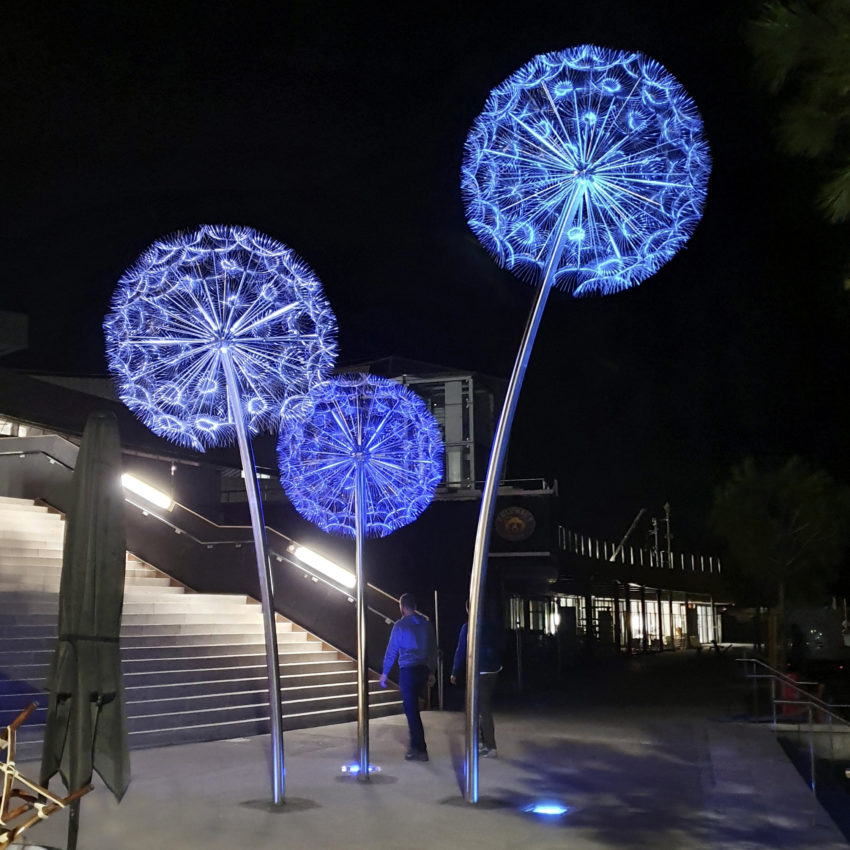 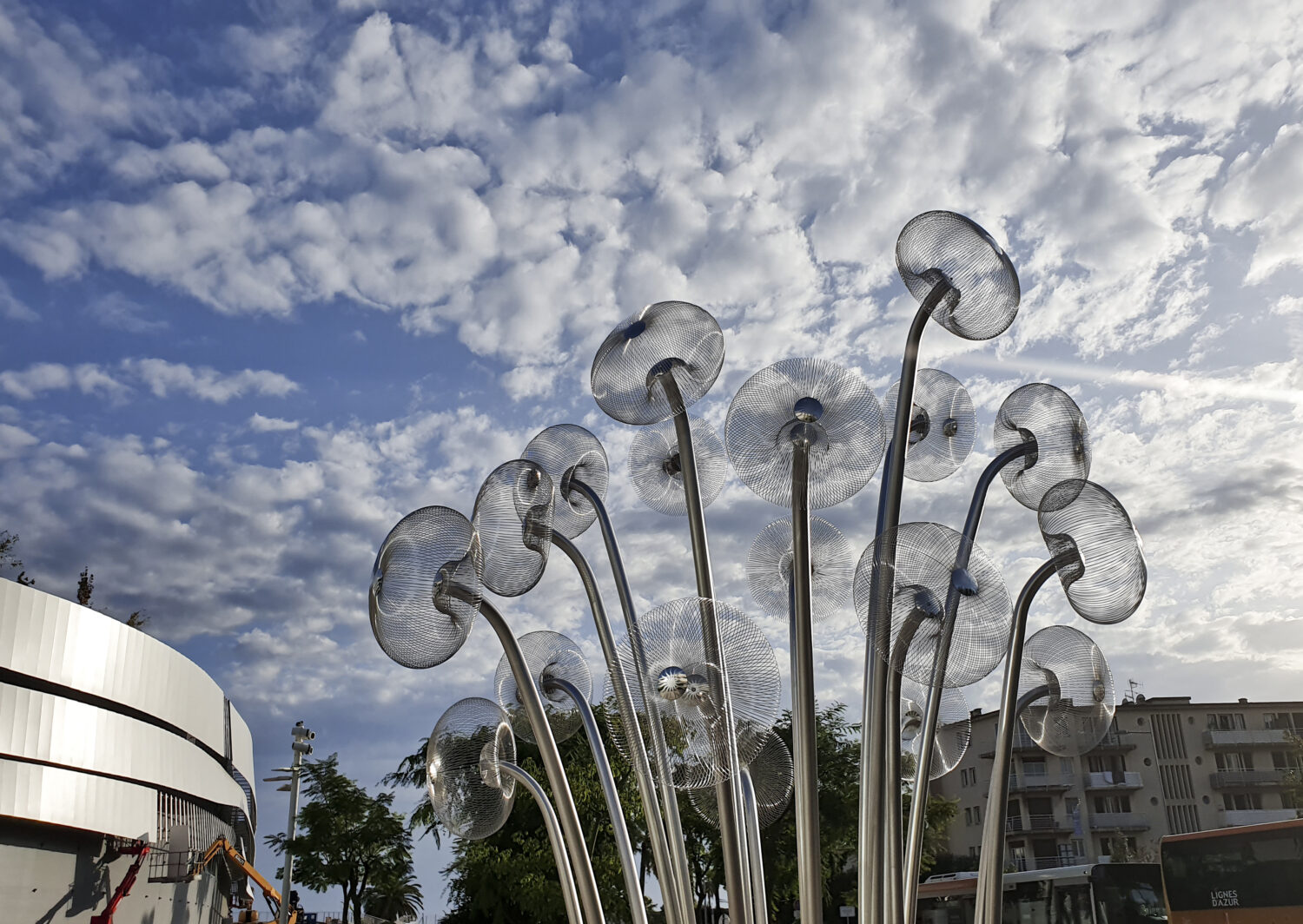 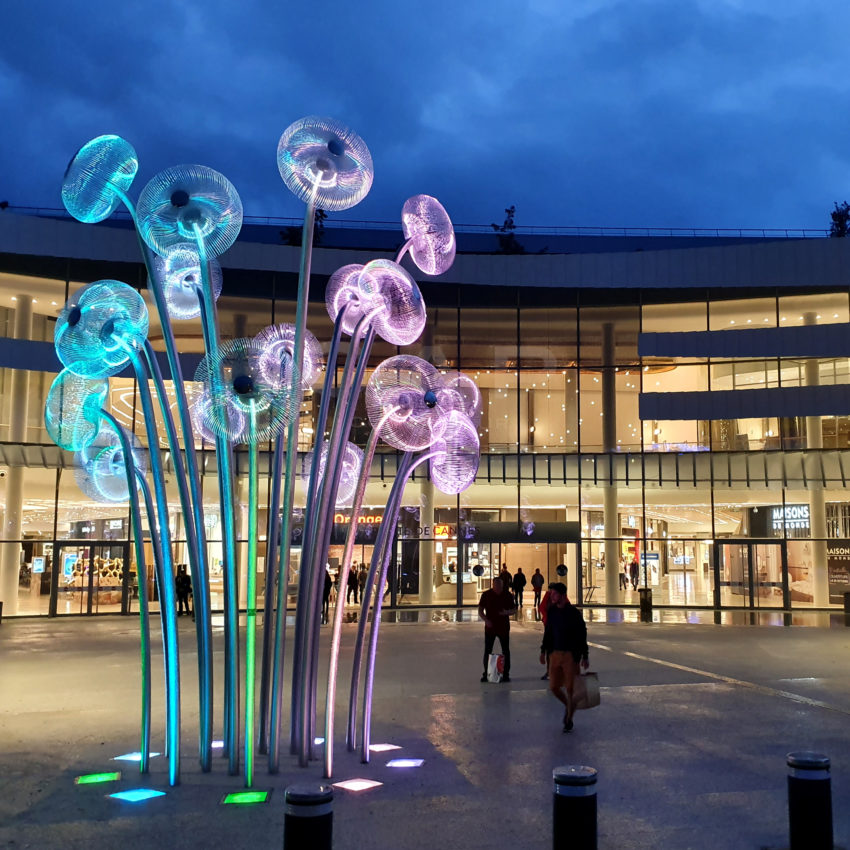 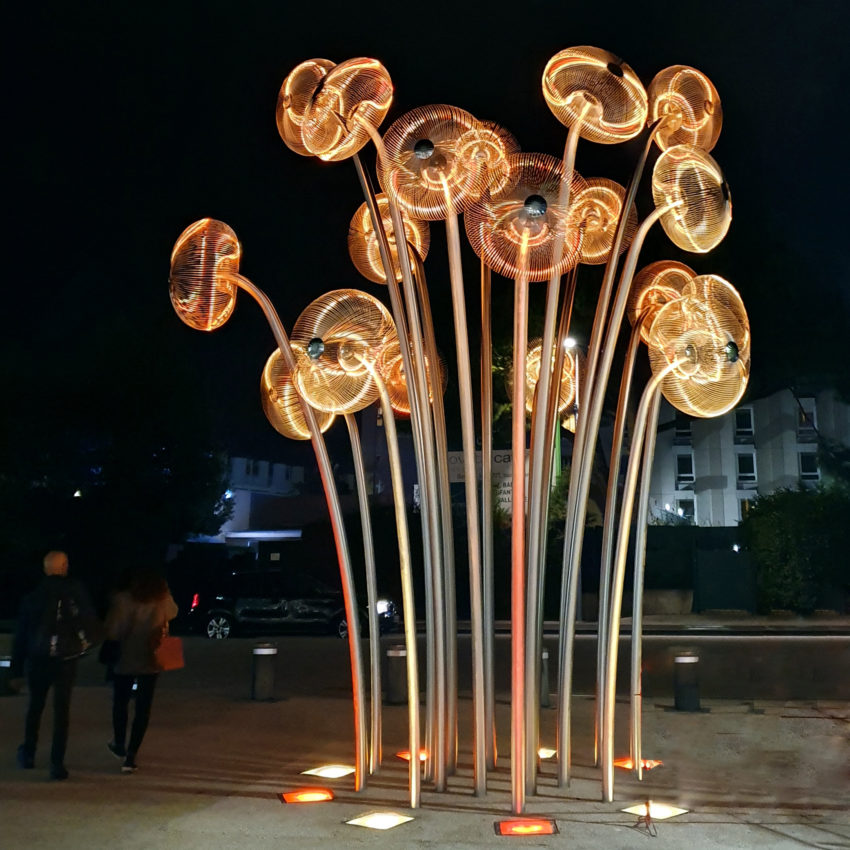 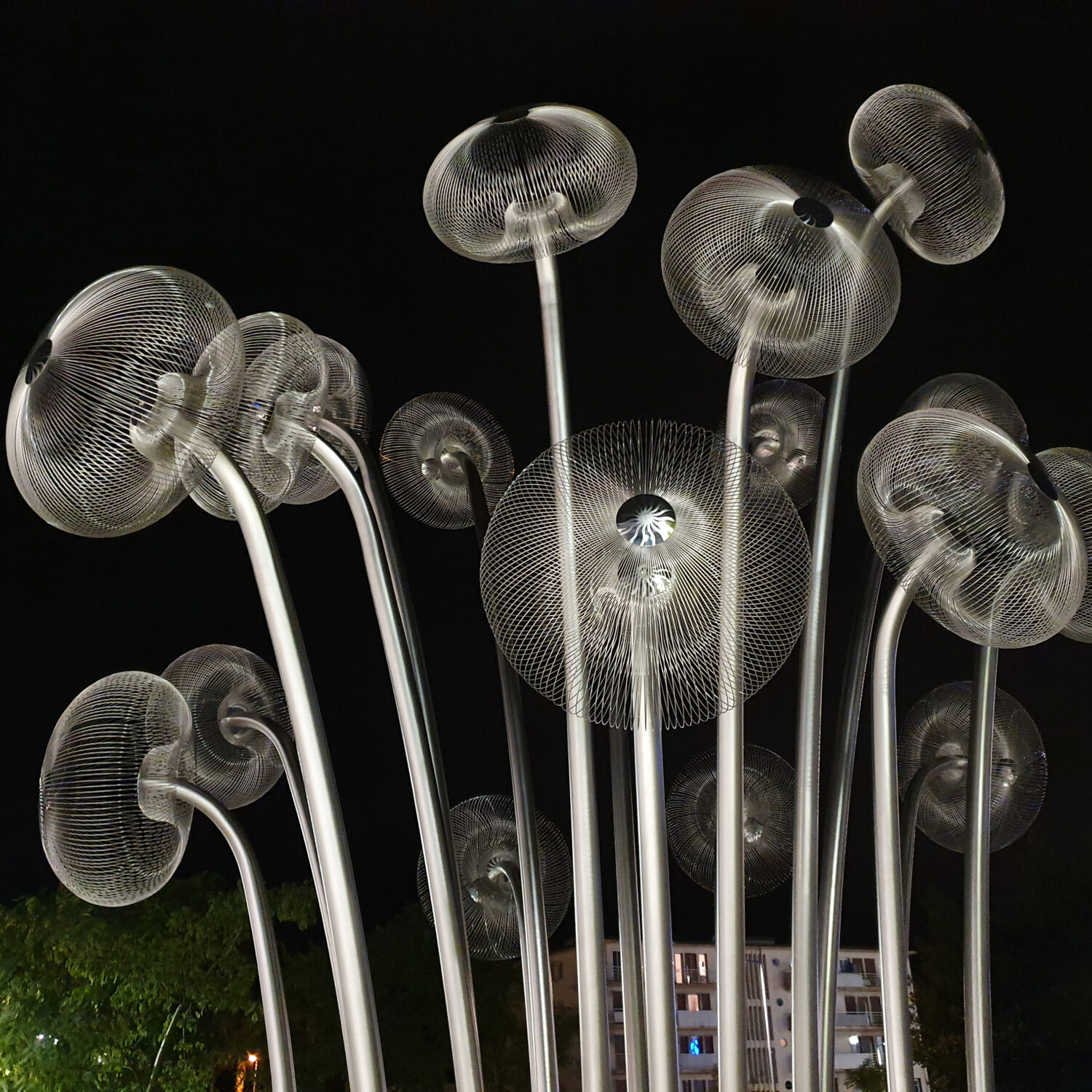 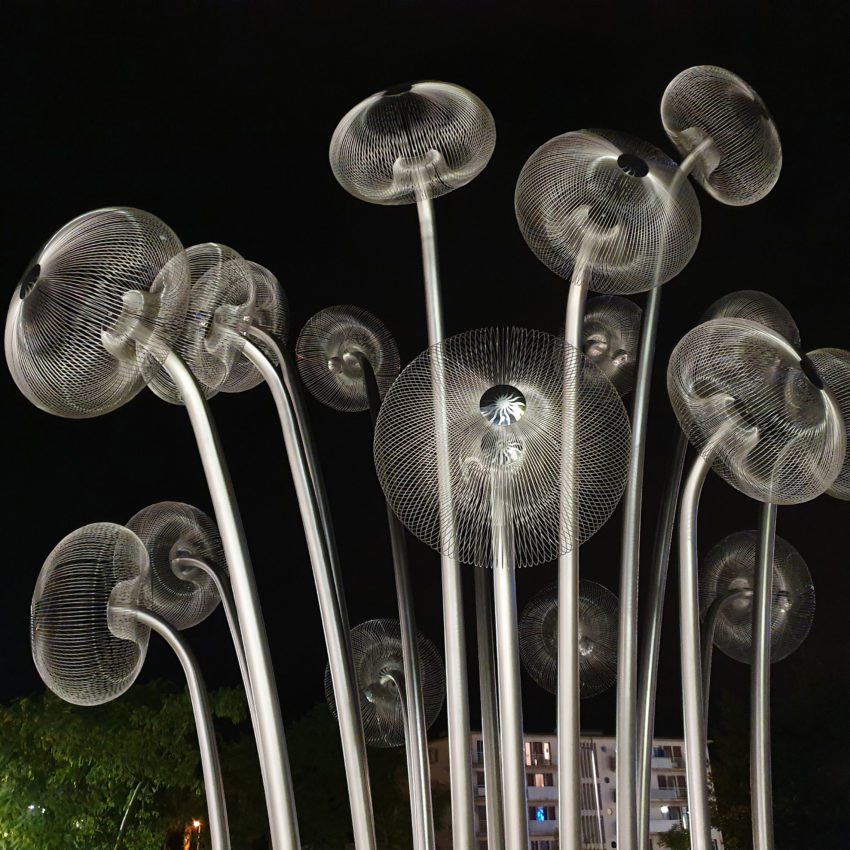 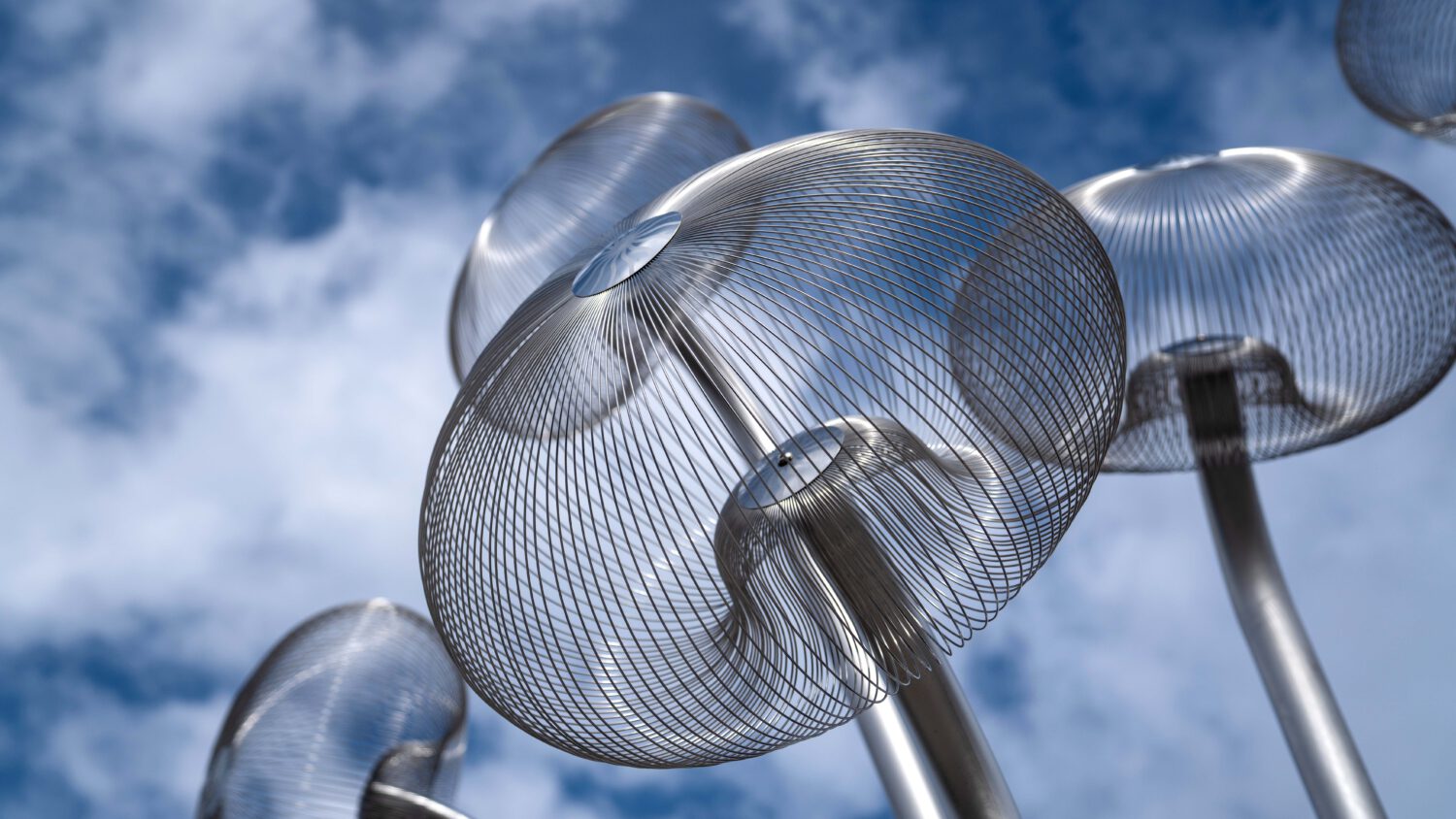 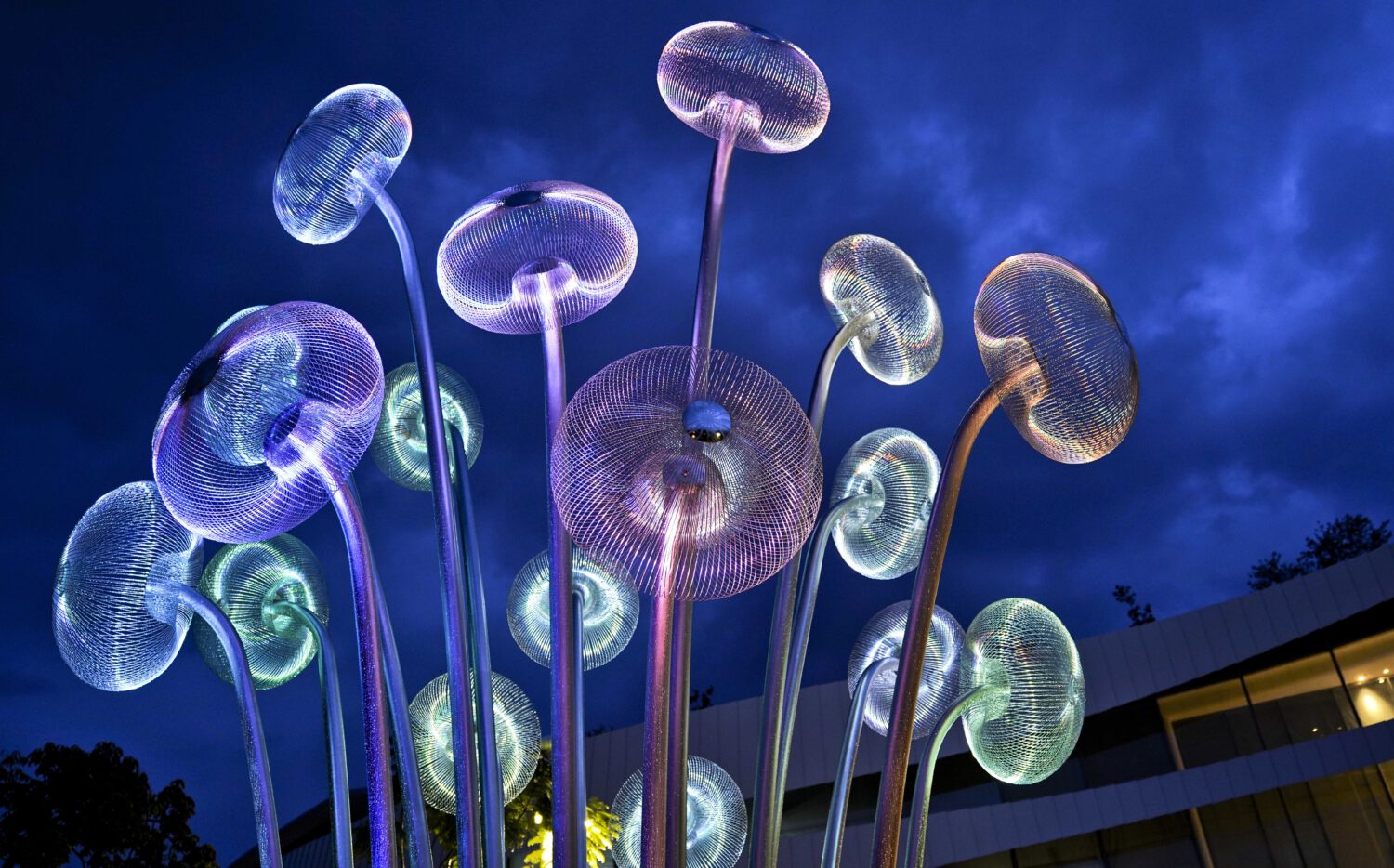 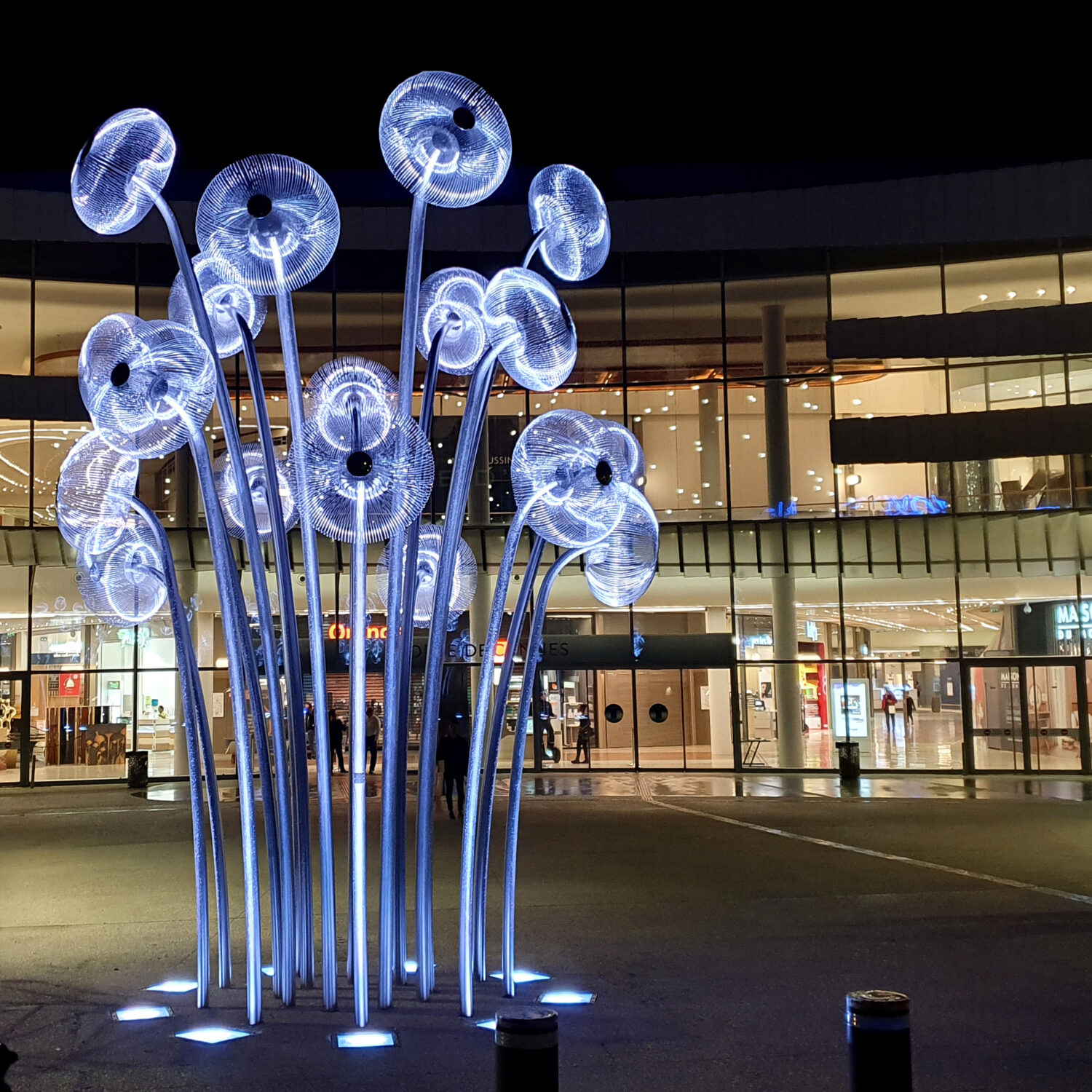